Talking Back to Conservative Christians as They Attempt to Appropriate #ChurchToo. A Day of Action on Thursday, December 13

This coming Thursday, December 13, Wheaton College’s Billy Graham Center will host its third “GC2” Summit, this time focusing on #ChurchToo and the epidemic of abuse and sexual assault in evangelical churches and fundamentalist churches.

(GC2 stands for Great Commission/Great Commandment, and I suppose the organizers think their abbreviation is hip and clever, when it’s just more of the same old “cool” corporate-inspired evangelical branding that I grew up with from age 12. But, in the words of the immortal Arlo Guthrie, “That’s not what I come here to talk about today.”)

What’s wrong, you may ask, with evangelicals facing up to the abuses that occur in their spaces? Nothing, on the face of it. But dig a little deeper, and you’ll find there are many problems with the summit, not least that its organizers, who hold to patriarchal, anti-LGBTQ theology, refuse to invite, or even engage in any dialogue with, the creators of the #ChurchToo hashtag (read about it here), Emily Joy and Hannah Paasch. Joy and Paasch, of course, insist that patriarchal, sex-obsessed evangelical theology and its accompanying purity culture are at the root of the abuse that riddles evangelical spaces. The #Exvangelical community, along with everything we know about the effects of unequal power dynamics, back them up on this. And for a powerful exposé on the long-term damage that purity culture does to those of us raised in it, especially but not exclusively to women, Linda Kay Klein’s Pure is a must-read that’s packed with plenty of data.

So, #ChurchToo was created by queer ex-evangelical women who specifically wanted to draw attention to the ways that evangelicals’ theology of “biblical inerrancy” is inherently harmful, the ways that concepts like “male headship” and even the notion of “sexual purity” itself shore up power structures in which abusers and narcissists easily thrive. In evangelical environments, the very concept of forgiveness is frequently weaponized, as powerful male abusers are let off the hook, while abuse victims are told to forgive and move on and even to repent for “their part” in their abuse.

The reason that last part flies in evangelicalism is because evangelical subculture has no concept of consent. Everything that doesn’t fit into the heternormative one man and one woman having a monogamous sexual relationship while married box is considered “sin.” Raping someone is sin, to be sure, but so might be being raped, according to this way of thinking, at least if the powerful men (and it usually is men) investigating the situation in-house can find any way to put some blame on the woman for “leading on” her rapist or “not being modest enough”–and they often do use these excuses. Consensual sex outside of their definition of marriage is no less “sinful” than sexual violence.

Is it any surprise, then, that many of us are skeptical that anything good can come from #ChurchToo being addressed by a group of conservative Christians who are deeply invested in holding on to demonstrably harmful evangelical teachings about sex, sexuality, and gender? This looks like yet another slick evangelical PR move, a means of appropriating and taming #ChurchToo, for which you can be sure the organizers and speakers will be praised to the skies in The Washington Post. There, you can always count on Wheaton graduates Sarah Pulliam Bailey and Michael Gerson to come through for their team.

The key organizer of the event seems to be Ed Stetzer, the gallant white knight of “respectable” evangelicalism who continues to bravely run away from serious engagement with the #Exvangelical movement. He once tweeted and then deleted (unfortunately I did not get a screenshot) something to the effect that we exvies are “caricaturing the evangelicals we once were” as a way of getting platforms, which is absurd. Had I simply stayed in the fold and become the elite culture warrior I could easily have become, I’d surely be much better off than I am now. And I might have a larger platform. I’ve worked extremely hard over the last few years to acquire the degree of visibility that I have, which is not exactly that of a well-known celebrity, and I’m among the most visible exvies out there. But I digress. 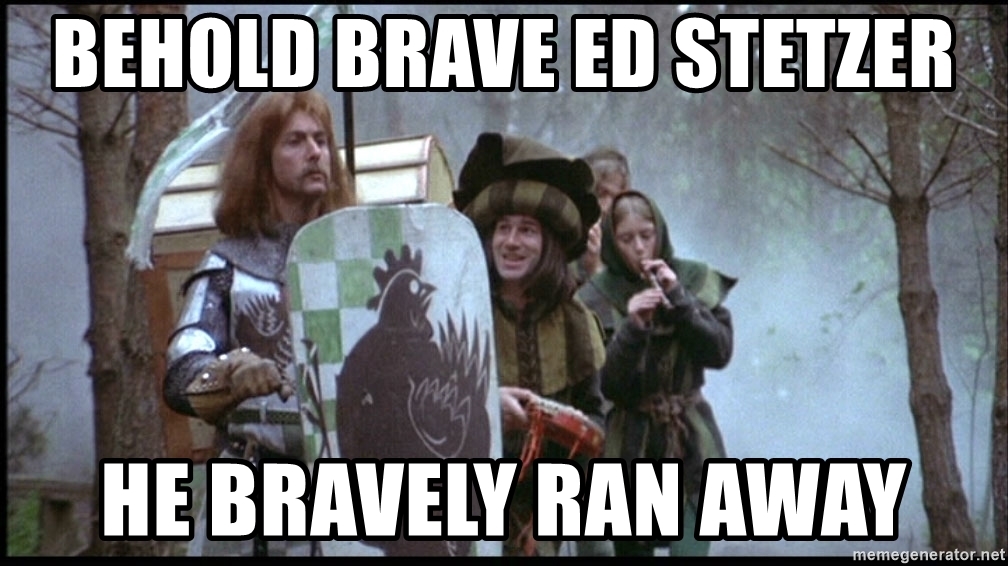 Ed Stetzer has blocked me and many exvangelicals on Twitter. He has refused to respond to tweets from Emily Joy and Hannah Paasch over concerns that he has no business addressing #ChurchToo without exvangelical voices, and he has even refused to listen to Jules Woodson, whose survival of sexual assault at the hands of her youth pastor is a story that broke and made major waves in the evangelical world earlier this year.

I get not wanting to talk to me or @hannahpaasch because, well. *stares directly into camera* But not wanting to engage @juleswoodson11 on this? One of the kindest, most genuine voices in this whole movement? Okay. We see you “GC2 Summit.” #churchtoo https://t.co/qVp46Iru4z

Beth Moore is another headliner for the GC2 Summit on #ChurchToo. She’s gotten some good press for pushing back against male abuse of power in Southern Baptist churches, but as a Southern Baptist she still holds to the theology of “complementarianism”–a kind of separate but equal interpretation of the Bible that nonsensically asserts that even though God made men and women for distinct roles, and women are not allowed to teach or lead men, they are still, somehow if you just believe it hard enough, “equal.”

And then there’s Max Lucado, a man I would call the Thomas Kinkade of evangelical devotional literature (and I use the term “literature” loosely). He’s also known for having said this about the supposed consequences of legalizing same-sex marriage:

Who’s to say that one man can’t marry five women? Or two men and two women? How about a commune marriage? Or a marriage between a daddy and a daughter or a woman and giraffe? Don’t underestimate the evil bent of the human heart.

While some sexual assault and abuse survivors are featured speakers at the GC2 Summit, you’d better believe they’ll have been carefully handpicked to make sure none of them will rock the theological boat. But when it comes right down to it, trying to address abuse in evangelical contexts while holding onto this inherently abusive theology is like slapping a band-aid on a severed artery while simultaneously ignoring a gangrenous leg. The evangelicals coming together for this gathering, some of whom are critical of evangelical Trump support, are skilled at cultivating a “respectable image,” at PR, and damage control, and at getting good press. But they do not deserve respectability brownie points when they dig in their heels to defend a theology that has rot at its very core.

And make no mistake, even the billing of the GC2 Summit itself makes it clear that they are at least as concerned with evangelicalism’s image, and with pastors, as they are with survivors:

Unfortunately, the past year and a half has revealed an equally distressing fact—the church in America is plagued with sexual harassment and it is damaging both ourselves and our witness.

“Damaging our witness” is Evangelical for “making us look bad, and even though we deserve it, we are going to prioritize salvaging our image over actually addressing the problem.” (If you haven’t, by the way, check out the #EvangelicalIntoEnglish hashtag on Twitter for more of these translations.)

So, what is to be done? Emily Joy is planning a day of action for this Thursday when the summit takes place. If a lot of us join in, and the posts get attention as #GC2Summit and #ChurchToo trend (be sure to tweet your criticisms using these hashtags), we will succeed in getting a hearing for the exvangelical critique of this conservative approach to #ChurchToo. Ed Stetzer can bury his head in the sand as much as he wants, but he cannot stop our community from being heard. It is my understanding that Emily Joy will be making some images and quotations available that bring out the horrible views the folks behind the GC2 Summit have on women’s equality and the LGBTQ community. Tweet those quotes at them along with your own thoughts. If enough of us do this, their attempt to appropriate and tame the critique of evangelicalism’s patriarchal theology inherent in the original approach to #ChurchToo will fail.

One thought on “Talking Back to Conservative Christians as They Attempt to Appropriate #ChurchToo. A Day of Action on Thursday, December 13”