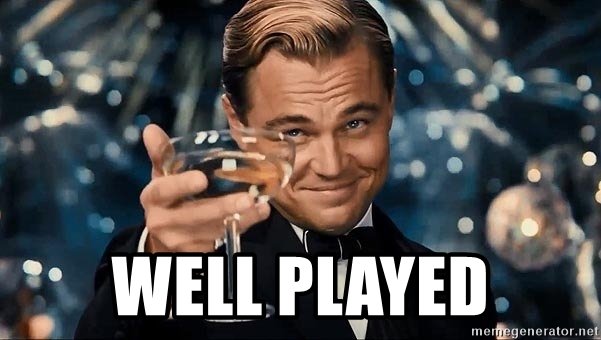 Forget the Media Caricature. Allow Me to Caricature Myself

Disclaimer: The following op-ed was penned by guest blogger B. Mercenarius III (well, by his ghost writer, and in accordance with the conclusions of several focus groups regarding the talking points likely to be most effective in eliciting the sympathy of his fellow Americans). Any resemblance to Rebekah Mercer’s op-ed in The Wall Street Journal of February 14, 2018, entitled, “Forget the Media Caricature. Here’s What I Believe” is deliberate and intended as parody.

Forget the Media Caricature. Allow Me to Caricature Myself

Over the last year and a half or so, I have had occasion, between weekends on the French Riviera, attending the 2017 World Polo Championship in Sydney, and gently correcting the servants when they leave a speck of dust on the mantle, to wonder, “Why do they hate me?” I am, after all, an ordinary, red-blooded, patriotic American billionaire. To be sure, I do occasionally envy the foreign blue bloods their aristocratic titles, but I must nevertheless give our illustrious founding fathers their due for recognizing the silliness of all that as they came to understand that they could still monopolize wealth in land, investments, and slaves while championing the Enlightenment.

For that reason, in my sentimental liberality–the subject of no little japery among my intimate companions–I have been compelled to identify myself as a staunch supporter of federalism, as opposed to feudalism. In fact, when you think about it, which I do whenever I am reminded of the tragic reality that lower-class people do exist and must exist, it is easy enough to conclude that federalism and feudalism are, in their ideal expressions, not such very different things.

Now, I am by nature not inclined to seek the limelight. It is enough for me to be well known at the Country Club and the Yacht Club, and by those whose refined reading tastes include such excellent niche magazines as Second-Generation Plutocrats Weekly, Baking with Billionaires, and America’s Top Yacht Owners. Ever since I began to support now President Donald Trump, however, various and sundry plebeian media lowlifes have refused to leave me alone. To be very honest, all I really want is to be left alone–alone to pursue the American dream in accordance with the example of our illustrious founding fathers, the American dream of controlling and exploiting the masses of people who, by no fault of mine, unfortunately made the poor choice not to be born to wealthy parents.

Although I shall try, I am sure I can’t begin to convey to you how I have felt as I have experienced the indignity of the media painting me as a racist and an anti-Semite when I have only poured millions of dollars into the support of racist and anti-Semitic public figures and organizations, which are, it should be noted, not under my direct control. Indeed, after he ceased to be useful, a fact which, I assure you, is entirely coincidental, I cut ties with one of my old friends who ran such an organization, and yet the petty, money grubbing Lügenpresse, always ready to sensationalize, has decided to crucify me for my philanthropy.

On the record I have never so much as hinted that perhaps American slavery was really, in many or even most cases, not so very bad, or that, despite his dubious breeding, Adolf Hitler had a number of ideas that ought to have had a fair hearing in the public square. Of course, I have said very little on the record in general, because, as I have already had occasion to note, I prefer to keep a low profile. Nevertheless, I do not mean to imply that there should be any social stigma attached to thinking or saying such things. Do we Americans believe in free speech, or do we not? As for me, I believe that all people, even servants and Jews, should be treated with dignity, compassion, and equality under the law.

The media’s fantastical misrepresentations of me do not, unfortunately, end here. Some so-called journalists have had the audacity to charge me not only with racism and anti-Semitism, but also with being anti-science. This is absurd on its face, and scarcely deserves a response, given that my father resembles nothing more than a real-life Norman Osborn or Lex Luthor, albeit with more Christian nationalism and less charisma. Under the circumstances, no one should be surprised at our conviction that only a similarly cartoonish yet uncharismatic villainous businessman is capable of making America great again.

I would only add that I have a number of technical degrees from Stanford University, which, given its parvenu status among America’s elite universities, should serve as evidence that in my silly sentimentality I value scientific achievement nearly as much as I value my place in society. To be sure, Stanford is no Berkeley, but despite the presence of the properly conservative Hoover Institution on campus, it is attended by people like that incorrigible socialist Christopher Stroop, my fellow Cardinal alum.

Your misguided politics aside, old sport, you have my thanks for providing me with this space in which to address the American public; I am sure you reach a wider and more diverse audience than Second-Generation Plutocrats Weekly. Unfortunately, it is necessary for me to reach a wider audience at this point because, thanks to all of this media sensationalism, I have actually received a death threat, something I am sure does not happen to plebeians, especially women, every single day, particularly when they speak out for what they so unfortunately mischaracterize as “social justice.”

“My dear Mr. Mercenarius,” you may be thinking, “So you have received a death threat, despite never having done a single thing that threatens anyone else–well, at least not unjustifiably, since, after all, you have to crack a few eggs to make a great American omelette. Surely there is a very small likelihood that any potential killer could get past your bodyguards, razor wire, dogs (Bullmastiffs and Dobermans from the finest breeders), digitized surveillance system, AI-powered anti-intruder robots, genetically engineered attack octopi, smartphone lasers, exploding macaroons, and the many other security measures you likely possess that we remain unaware of due to your closely guarded privacy.”

My hypothetical fellow Americans, you may well be correct in your assessment of my safety (your concern is appreciated), but I hope you will understand that the honor of the Mercenarius name, and of second-generation plutocrats everywhere, is at stake. At long last, despite the renowned humility of the long-suffering Mercenarius clan, the same humility with which I am striving to raise my own children, I was compelled to respond to the many cruel distortions relating to myself and my family that have been crafted by dishonest journalists. You may now judge me based on my own words, which I am sure will convince you that the authentic B. Mercenarius III, the man behind the headlines and his father’s hedge fund, bears precious little resemblance to the outrageous media caricature that has been viciously foisted upon unsuspecting readers. As for me, I must be off in order to make my tee time. I therefore bid you good day.

6 thoughts on “Forget the Media Caricature. Allow Me to Caricature Myself”