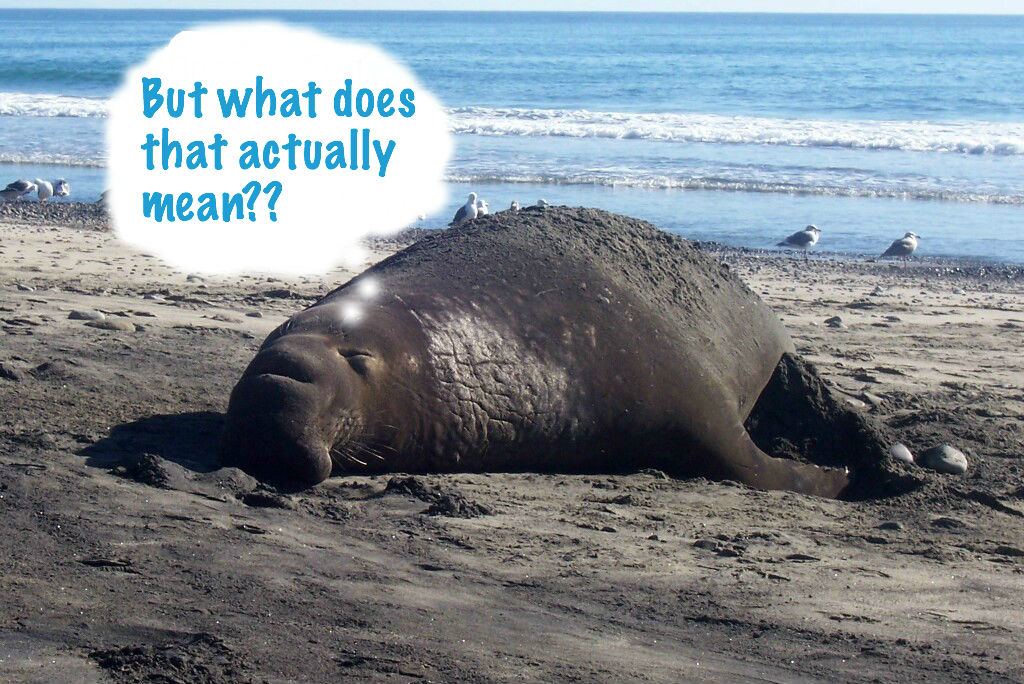 Ex-Evangelical Means Much More than Dropping a Label: A Response to Josiah Hesse

This morning, journalist, novelist, and ex-Evangelical Josiah Hesse published an important article in The Guardian. The original (and, as of 5:06 p.m. Eastern, current) headline of the article is “‘Exvangelicals’: Why More Religious People are Rejecting the Evangelical Label.” Hesse’s article focuses primarily on a new wave of Christians dissociating themselves from the term “Evangelical” due to the the baggage the term carries because of its very much deserved association with extremism. This phenomenon deserves attention.

At the same time, I would have liked to see Hesse push back more against the deceptive disavowals of extremism he quotes from Evangelicals like Leith Anderson, president of the National Association of Evangelicals. I will address this below, but first I want to turn to my larger concern here, which is that, since Hesse’s article focuses primarily on theologically conservative Protestants dissociating themselves from the term “Evangelical,” the meaning of the terms “ex-Evangelical” and “exvangelical” gets lost in the shuffle. I should point out in fairness that Hesse confirmed to me he did not write the article’s problematic headline, but, leaving the headline aside, the article still muddies the waters relative to the meaning of “ex-Evangelical.”

To my knowledge, none of the high-profile sometime Evangelicals now eschewing the label that Hesse quotes identify as ex-Evangelicals. Meanwhile, there is a substantial emerging community and movement afoot rallying around the terms “ex-Evangelical” and “exvangelical.” Hesse’s article does mention this group in a quotation from me, but I fear that the way the quotation is framed conflates ex-Evangelicals with Christians who no longer want the baggage associated with the term “Evangelical.” Hesse called me “cynical” relative to such Christians, but I’d simply say I’m realistic. Theologically conservative Protestant rebranding is, if you’ll excuse the metaphor, cheap grace.

Ex-Evangelicals are not rebranded Christians. Many of us are not Christians at all; we are a group that consists of progressive Christians, people who have joined other religions, agnostics, and atheists, some of whom are quite vocal as atheists. What brings us together is what Blake Chastain, who coined the term “exvangelical” to use as the name for his podcast, describes as “a shared sociocultural heritage.” Regarding the term “exvangelical,” Chastain sent me the following statement:

I am currently applying for a trademark relative to the title of the podcast and any future titled or branded projects, but the term itself can and should be used by people who have left evangelicalism, regardless of their current state of belief.

Exvangelicals’ paths out of Evangelicalism are often slow and painful. The break takes time and effort because, as opposed to merely desiring respectability while holding to bigoted beliefs and #ChristianAltFacts, we chose to stare the toxicity and pervasive abuse of Evangelicalism in the face, to recognize our complicity in the vast systemic harm that Evangelicalism does (to ourselves and others, particularly to women, people of color, and members of the LGBTQ community), and then we changed our beliefs. We changed our beliefs despite facing a heavy social cost, because that is the respectable and moral thing to do. Becoming an ex-Evangelical requires profound transformation, not cosmetic rebranding. No cheap grace.

Conservative Evangelicals like Anderson have not faced Evangelicalism’s toxicity, and moderate to progressive, newly minted no-longer-Evangelicals Boz Tchividjian and Tony Campolo don’t seem fully prepared to contend seriously with the reasons the vast majority of their sometime co-religionists, the ones they still share many beliefs with (despite Campolo finally coming around on LGBTQ affirmation in 2015), considered voting for America’s disgraceful so-called president to be a religious imperative. 81% of white Evangelicals voted for Trump in 2016, and according to the latest Pew data, 67% still approve of the petulant authoritarian-in-chief’s performance. These are definitional figures indicative of systemic characteristics.

Are there some good people who believe in Biblical inerrancy, conversionism, and that only properly “saved” Christians go to heaven? Sure. But at the same time, those beliefs conduce to authoritarianism and the concomitant rejection of democracy and pluralism. Evangelical authoritarianism goes a long way toward explaining why the abuse that GRACE (Godly Response to Abuse in the Christian Environment) founder Tchividjian is so admirably concerned with is pervasive in Evangelical environments. Old guard Evangelicals may accuse Campolo and Tchividjian of being liberals who don’t really believe in inerrancy, but the trajectory along which they’ve moved has occurred, thus far anyway, off to the side of the ex-Evangelical movement. Campolo and Tchvidjian could likely be welcomed into the ex-Evangelical movement if they identified with the term and began to seek participation in ex-Evangelical discussions. But they cannot be said to embody or represent a movement it’s not even clear they’re aware of, and Tchvidjian sounds utterly unlike an ex-Evangelical in his perhaps sincere but beyond untenable assertion that Evangelicalism can stand for anything, which makes the term meaningless:

“Because we have such a broad and vague definition of evangelical, one person could automatically assume every evangelical is a Trump supporter, while another could think they’re anti-Trump, because that exists as well,” Tchividjian said. “We’re looking at faith through a political lens, and that’s unfortunate and dangerous.”

Based on the data we have, this statement is simply nonsense, as self-identified ex-Evangelicals will be the first to tell you, and as MSM outlets seem desperate to ignore. Ex-Evangelicals are, as a rule, deeply concerned with understanding the relationship between conservative theology and authoritarianism. And here’s the rub. The theology of Evangelicalism–even when shared by a small minority of progressive Evangelicals–is inherently authoritarian.

Because many ex-Evangelicals are survivors of spiritual, physical, and/or sexual abuse, and many of us live with the variety of PTSD known as religious trauma syndrome, we are particularly attuned to this, and we are seeking to change the pervasive MSM narrative on Evangelicals that treats them as “quirky,” but not as a community that is inevitably abusive because its ideology is abusive. Like it or not, conservative Evangelicalism is a threat to democracy. Many of us ex-Evangelicals were explicitly “trained up” to dismantle American democracy. We went through Christian schooling or Christian ideological home schooling in the decades in which these forms of “alternative education” took off, and thus found ourselves subjected to a massive experiment in social engineering as we were indoctrinated and mobilized to “take back America for Christ.” Our Christianity was the culture wars, and I like to call those of us to whom this description applies #GenerationCultureWars.

Ex-evangelicals are in various stages of deconstruction from toxic Christianity, and that deconstruction is typically as defining an experience for us as all-pervasive, authoritarian Evangelicalism once was. We generally share a concern over the ways that white Evangelicals are pushing hard for theocracy–and making a disturbing amount of progress in this regard, thanks to their man Trump. And we want to tell our stories. We want to tell our exvangelical stories in part because connecting with other survivors of our weird, toxic subculture helps us to heal, but also in part because we want Americans who haven’t lived Evangelicalism to know how extreme and dangerous, and what a serious threat to democracy and human rights, it is.

In addition to confusingly seeming to cast people like Campolo and Tchvidjian as exvangelicals and to incorrectly define the non-confessional ex-Evangelical movement as Christian, Hesse’s article does not go far enough in criticizing Evangelicals and pushing back on their deceptive deflections. Let me go through a couple of examples in which Hesse’s attempt at journalistic neutrality slides into distortion.

Recently, the Trump administration’s attempts to appeal to evangelicals – such as defending religious liberty and Trump’s recent “war on Christmas” rhetoric – have been aimed at a stereotypical demographic, further solidifying public perception of evangelicals according to received ideas.

I can only shake my head in perplexity at the suggestion that Trump is appealing to “a stereotypical demographic” with moves like those Hesse describes. The demographic Trump is appealing to is very real, as the astronomical level of white Evangelical support for the disgusting demagogue reveals. And let’s not forget the well documented the enthusiasm with which Evangelicals embraced Trump, Steve Bannon, and Sebastian Gorka at the 2017 Values Voter Summit, an event hosted annually by Family Research Council, an organization the SPLC designates a hate group. While Trump may be particularly unsubtle, if this is the public’s perception of white Evangelicals, the public’s perception is far from wrong.

But Leith Anderson, president of the National Association of Evangelicals, feels that a lot of criticism levied against evangelicals is unwarranted because too often the masses are being defined by radicals’ actions.

“There are people who identify as evangelical and then do strange things, and somehow that’s projected on to everybody,” he said. “A few years ago there was this pastor of a small church in Florida who decided he was going to burn the Qur’an, and then I got all these calls from government agencies and the press. And I’ve never heard of anybody wanting to burn the Qur’an – it was just this one guy! If I read that story and didn’t know anything about evangelicals, I might think that’s what they were all like.”

Hesse shouldn’t have let this self-serving and slick remark of Anderson’s go unchallenged. Maybe there aren’t many Evangelicals lining up to burn Qurans in public, but does that mean that Evangelicals, as a rule, are not Islamophobic? I’ve heard Islam equated with terrorism from multiple Evangelical pulpits. One Sunday in the mid 1990s, in an Evangelical church in a north suburb of Indianapolis, I distinctly remember hearing the pastor say that a “good” Muslim “should want to kill Christians and Jews.” But could my anecdotal experience be atypical? I’m afraid that once again we have some important data indicating that my experience lines up with general white Evangelical patterns. Take, for example, the fact that white Evangelicals are the demographic most supportive of Trump’s illiberal Muslim ban, with approval at 76%. This is something Hesse could have noted in order not to let Anderson’s deflection on Islamophobia simply slide.

It’s a tricky job, attempting to report objectively on evangelicals while being a recovering one myself. I try not to stray into activist territory when I’m writing a straight piece, and that runs the risk of going too soft on the believers I interview. Often they’re so reluctant to speak to a reporter, I try to not be too antagonistic. Also, I believe that often you can do straight reporting on evangelicals, and the things they sincerely believe are enough to cause outrage with those who know nothing of the faith.

In conclusion, let me reiterate that Hesse’s article in today’s Guardian is important and should be read. I’d also like to say that I appreciate Hesse, and have recommended some of his more specifically ex-Evangelical work:

For my part, as an ex-Evangelical advocate and activist, I would like to see the tone on Evangelicals shift even in “straight” journalism, and I think this can be done responsibly in two ways: 1) with references to data showing what Evangelicals actually believe used to counter Evangelicals’ portraying themselves as moderate, and 2) by including more exvangelical voices to counterbalance conservative Evangelicals’ self-serving spin. I’d like to thank Hesse for including my voice in his latest piece.

4 thoughts on “Ex-Evangelical Means Much More than Dropping a Label: A Response to Josiah Hesse”